Many thanks to all our readers and contributors who have supported Gilded Birds throughout 2014. We were delighted with the response to Gilded Birds paper and will be expanding the print issues in 2015. Follow us here, on Twitter or on Facebook to get the latest updates. Here are the most popular posts from last year:

“Not only does the sight of it produce awe and delight, but the idea of it invites questions about beauty. Why, for example, does an object that has been shrunk to a twelfth of its size have charm, while a twelvefold magnification of the same thing would not? How is it that scores of its household objects and features—wineglasses, mother-of-pearl, ivory and marble bathrooms, damask wall-coverings, a motorcycle and sidecar, a knife-cleaning machine—are at least as beautiful to behold as the paintings on its walls and ceilings, indeed, usually more so?”

“The painting’s appeal for me is both immediate and hard-won. Hard-won, because when I first encountered David’s work, this picture included, I found it rather awkward and contrived: both too overt in its representation of emotion, and too strident in its use of distinctive forms. Immediate, because now I feel at home with the work, it has a powerful visual appeal, one that comes without effort, every time I see it.” 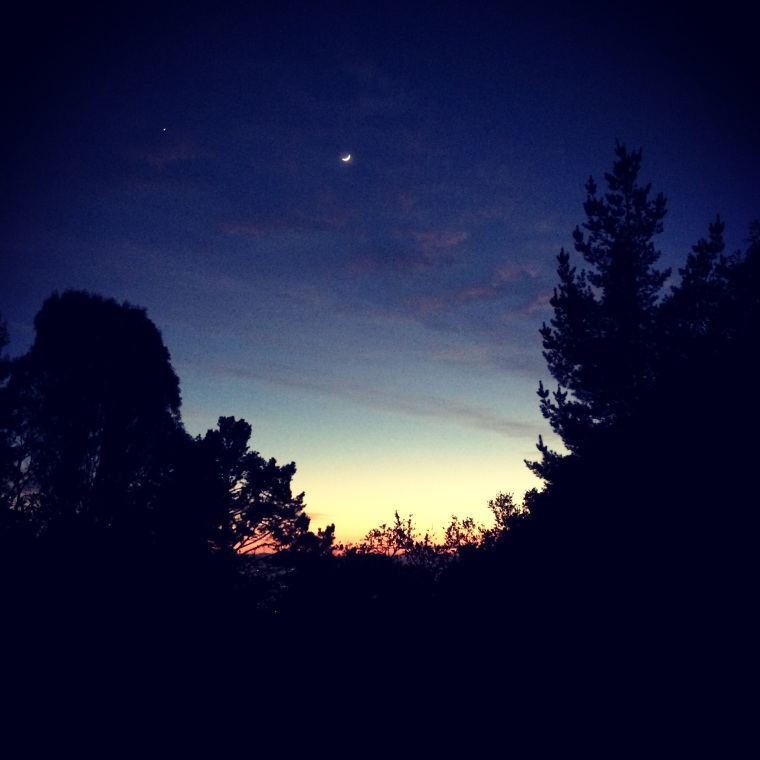 “Part of my moon love is dispositional. If you’re a nocturnal person like I am, the moon has a lot of appeal. It plays to what Don DeLillo called the “night side of the mind,” the creative state associated with magic and the poetic imagination. There is a duality to the moon that I also find appealing. Like all celestial bodies, the moon is otherworldly, in the sense that it is situated outside our world, and in the sense that it is a world unto itself, an alien place with it’s own landscape and sky. But for all its foreignness, the moon is also an intimate companion, of the earth, of course, but also the human mind. In fact, that’s one of the dominant ways you see the moon represented in poetry, as a friend for the lonely.”

“Over the years my summer holidays have probably been some of the more memorable markers in my life that represent what was going on my life. I often brought friends, and my girlfriends and I’m was always taking pictures so I’ve documented that beautiful warm light and taken pictures of lots of people in it. So as the years pass by it’s a kind of marker point for what’s going on in my life. I split up with one girlfriend in that room. There are times when the thought of going back there with all its memories has made me want to stay away – but most the time I feel nothing but positive about all my memories of Corsica.”